A Use for Smartphone Photos

As a smartphone user, I take a lot of photos. Since I bought an iPhone 4 nearly two years ago, I’ve taken just over 6,000 photos with it. 47GB of memories. On average, 10 photos per day, every day, often of nothing in particular.

These photos aren’t good enough, or meaningful enough to anyone else, to post on Flickr. 500px would scoff at them. The few people on Facebook that would recognize the people, places and events in the photos wouldn’t see the point. They’re tiny fragments of my life, and that’s about it. 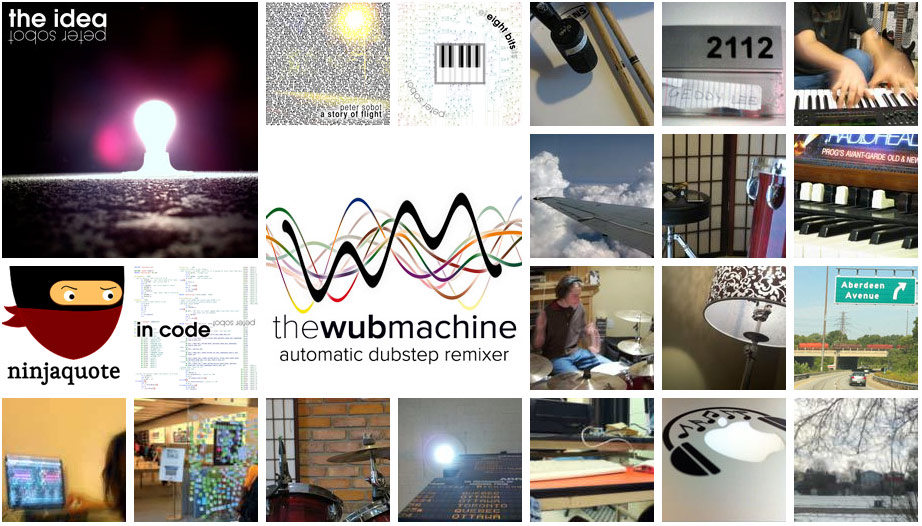 Instead of forcing these thousands of photos to stay hidden in my iPhoto library, I found an outlet for them – my homepage. Crudely modelled after the stellar TED.com landing page, it’s supplied by a random set of hundreds of images, all of which I’ve taken, and until now, hand-cropped and hand-selected.

Michael Macias, in a submission to a Codebrawl last November, came up with a brilliantly simple method of content-aware image cropping. By measuring the greyscale entropy of a window as it slides over an image, the highest-interest thumbnail can be determined automatically. I took this solution, modified it (faster, uses ImageMagick, etc.), and hacked together a quick Ruby script.

This script automatically chooses 50 random images from a given path (or shell glob) and crops them to their most “interesting” thumbnails. The thumbnails are scaled to size, and saved in incrementing order in the destination folder. It’s highly optimized for my personal workflow, but it does seem to work quite well. For example, take the following shot of Zameer Manji: 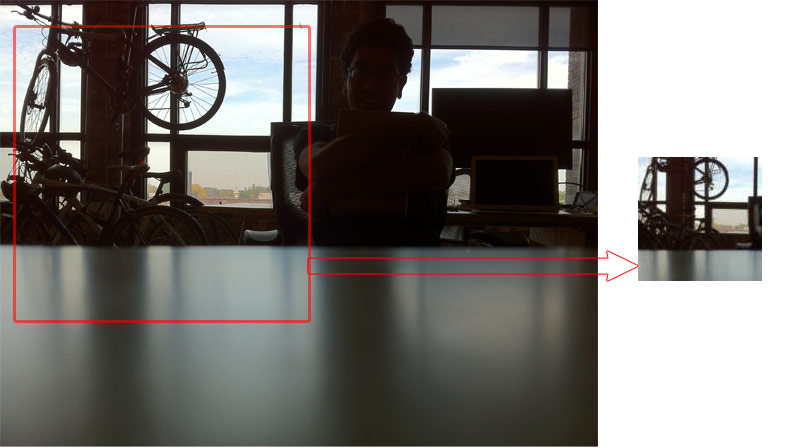 The original photo was poorly exposed, had no clear subject, and was, well, weird. After automatically cropping it down to a tiny thumbnail, it fits in nicely on my homepage as an artsy shot of a bike rack in the daylight.

Only one thing left to do: take more photos.